What do they think about Professor Jay Tee?

We wanted something different for our reception. Within minutes after the start, people were dropping down, and then a bit later our bridesmaids were having a body-building contest! It was a incredibly funny watching girls in beautiful evening gowns acting like tough, macho men, puffing out their chests, swaggering across the floor, and trying to display their strong arm muscles.

Amazing relaxation seminar. My company set up a seminar to help our people reduce their stress. At first, he asked for five volunteers, but later everyone else experienced it, too. I was surprised to find that I really could not move my hands! And it felt so good to relax and just enjoy the experience. We learned how to go into self-hypnosis at home as part of the lesson. Thank you!

Jay Tee was the first hypnotist we hired, as we’re a music club, not a stage show club. But he was coming to town, so we decided to give him a try —and we were not disappointed! Hundreds of people came carrying the flyers we had distributed, fascinated with the idea of hypnosis. It far outmatched our usual Saturday night crowd size. We need to bring him back again, soon.

After Jay Tee came and did an improvement seminar for our sales staff, our average salesperson’s accounts grew by 20% over the next three months. They found more accounts, and bigger ones, too. Last year’s best-sellers improved their performance some more, while some previously poor salespeople have become some of our newest best-sellers! It’s like everyone is doing better. We don’t understand just what he does, but it works. We plan to bring him back to train our new staff each year.

The audience went wild…even people who spoke no English loved it--they could see what was happening... the show filled the club to bursting, and because of our club's open location, passersby saw what was happening and joined us... finally, people were standing and buying drinks because there was no room left to sit down!

Usually the loud people volunteer for this stuff, you know? But there was a young student in the high school, very much the quiet type. Jay Tee asked if he knew any of Beyonce’s songs. He said yes, he knew a lot of them. The next thing we know, he was singing and dancing his way across the stage, using an umbrella as a prop! Hilarious.


Learn More and Book Your Show!

Even more reviews and testimonials!


“We’ve had professional hypnotists on our stage before, so I wasn’t expecting anything special. Was I wrong! Jay Tee put so many people under so quickly. And instead of half of them leaving the stage, he managed to keep a whole stage full of active, participating volunteers, doing crazy fun things, obviously in hypnosis. Everything was great. I know I’m a bit jaded, but his show wowed me. Just, wow!”

"We were arguing with co-workers before the show about whether hypnosis is real. My friend, the one who thought it's all fake, he became a real star up there! He nearly fell out of his chair, he became so relaxed. Then, he did everything Jay Tee suggested, all the way. My friend says he can remember actually floating around in space! It was great fun."

"Normally I’m rather shy, but when I was dancing I remember feeling that *I'm a star!* and I loved the sensation of having all the people cheer while they watched me dance. My friends told me later that they were laughing so hard, that my dancing was just terrible— but I remember feeling like an expert dancer, like I was just floating across the stage... I still have that memory, and it’s a great feeling. Yes, I know it wasn’t real, but who cares?"

“As part of the show Jay Tee suggested to the people on stage that there were ghosts coming into the room. There was some scary music, the lights got weird, and there were screams and other sound effects… All of the volunteers looked terrified, and some even tried to hide behind their chairs. But one really big guy looked like he had come out of hypnosis. The audience was watching as he turned away, calmly walked down off the stage, and then suddenly threw himself flat on the floor behind the front row of the audience. He landed right across my feet! We were all dying from laughter as Jay Tee came to get him up and take him back on stage.”

“Jay Tee gave a short seminar to improve the ability of our people to learn English, before we gave them a series of English lessons over the next few weeks… the teachers commented about how interested, involved and active the students were, and how quickly they learned whatever was presented. Their abilities measure better than last year’s students… We have to do this every year.”

“Actually, I don’t remember what happened at all. We were talking and then…I don’t remember. But I haven’t smoked since that day, and it’s been almost two years! I quit before, but never without suffering. And I always restarted within a month or two. Now, I can’t even think about going back to cigarettes. I’m a non-smoker.”

"Fast, easy stop for my smoking habit. I smoked twelve years, every day. Doing two packs a day when a friend sent me Professor Jay Tee's website. I thought I might as well. Gonna die soon if I don't change something. F*&%ing awesome! One visit, one train ride from Tokyo to Kobe and back, and I quit clean. And I never felt better. They say it's not magic, but it was for me. I'm going to stay quit, I'm sure." [From email follow up with gaijin living in Tokyo.]

“No smoking at all. No cravings. I don’t even think about it anymore. No more chronic bronchitis or coughing. I also started running again and now I can run farther and longer than I ever could. I only needed once session, and haven’t smoked for over six months.”

“You cured me of smoking two years ago. I wasn’t even tempted to smoke again. There were no cravings and I only needed one session. Never looked back.”

“I haven’t had a cigarette in over 3 weeks. They just don’t interest me anymore. Frankly, I am very surprised at the results, but also very pleased. Never thought it could be this easy. I am also more relaxed and content. I seem to deal with stress more easily.”

“My result maybe you just don’t believe. No smoking, and no trouble, nohow. Expensive, I was thinking, but was Worth the money for me. I think it’s good money for anybody who have trouble to stop the smoking. Professor can help you. I used to be not caring about much, but I want to live longer now, and I'm saving more of smoking money now, anyhow.”

“I’ve successfully been a non-smoker now for over one year without a single relapse. Very pleased with the lasting effects. Not only that, the visualization that we chose to replace the smoking has come to fruition, as well. Definitely five stars.”

"It sounded like it's not real to me. But it is real. Studying for the EIKEN test, I had trouble, as I began to be confused by the vocabulary I was studying. I had left off to study it until one month before my test. My new vocabulary to memorize was 600 words, so I decided to memorize 20 words a day until the test. But by the second week, my words and memory were all so confused. Professor Jay Tee hypnotized me, and immediately I could learn and remember better, even that same day! I passed the test the next month with 99% score. And I still study and learn more easily, I think."

"My problem was panic attacks at work. Suddenly, in a meeting or talking to my boss, I would have trouble breathing, my heart was pounding. It would last for hours; sometimes I would go home to calm down. Headaches and pains. My job was in danger, too. Then Jay Tee taught me how to relax in one minute. So I could just excuse myself to the restroom, calm down, and go back to work. Now, I no longer panic. They just stopped after that. I don't know why."

"It took maybe only twenty minutes! We talked a little before, is all. High places always bothered me since I was child. But a week later, my cousin came to Kobe. We went to Kobe Port Tower, my first time since junior high school. I looked down to see Mosaic, the Concerto boat, and so on. Next time, I will try a ropeway to Mt. Rokko, as I've never been there."

Learn More and Book Your Show! 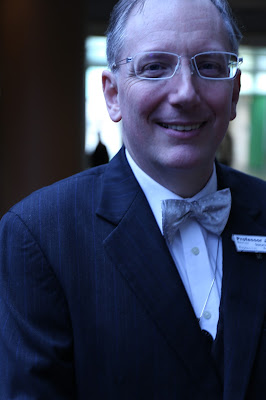 Learn More and Book Your Show!