The story of the incredible shrinking woman,
retold with a happy ending
due to Master Quality Audio Hypnosis

It had happened several times before, and it had just happened again. Jessica couldn't figure out exactly what had changed, but whatever, it was amazing! She had just noticed, but it certainly wasn't the first time. Thinking back, she realized it had been going on for several days, or perhaps a week. And the result was exactly the same with every meal.

She hadn't thought to change anything about how she was eating, had she? She hadn't gone on a diet, she hadn't found some radical new supplement, and she hadn't even been paying very much attention to what she was eating, or how much. But each meal, Jessica had been eating less food than her usual amount. And she found she didn’t care.

Jessica had carried too much weight ever since she had her first child. Perhaps it was her mother telling her she had to gain weight. Perhaps it was her physician, carefully measuring each pound and congratulating her. She had been too thin, in the beginning. Perhaps, perhaps… It didn't really matter what had made her… fat. The result was that she had too much weight and she couldn't change it, until now. So what was allowing her to change now? It was strangely hard to think about it. 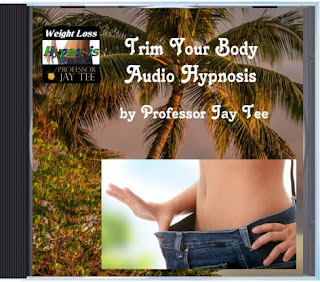 She had it! Jessica had been listening to that new audio hypnosis mp3, “Trim Your Body” by Master Hypnotist Professor Jay Tee every night just before she went to sleep. She only bought it ten days ago. Change your mind before bedtime, he said? And now she was doing it!

Jessica thought she had tried every form of diet and weight supplement known. She had lost weight in some cases, celebrated… and then gained the weight right back again. In many cases, she had actually gained back more than she had lost. Would this be the same? Not letting herself get too excited, Jessica decided to just keep listening to the audio hypnosis and see what happened.

For the next few weeks Jessica faithfully listened every night. After that, she only listened twice a week or so. But even though she hasn’t remembered to listen for a while now, it doesn’t matter. She keeps slowly but steadily losing weight. Her husband Brad was astounded at first, but is very pleased with how she looks now. Their relationship improved as her tummy melted away, and their formerly just-dutiful sex life? Well, never mind that! Jessica blushed. Even her family and friends look at her differently; she is clearly a changed woman, and changed for the better! 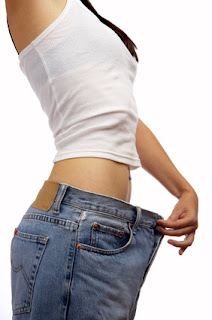 She still hasn't reached her target weight, but she's well over halfway there. Jessica’s eating habits have permanently changed with no effort on her part. She finds herself wanting and eating healthier food, and although she still snacks a bit, she finds herself eating less and less each time. That new swimsuit is going to look good this summer… and I’ll buy that striped white bikini for next year! Jessica promised herself.

Where did the cravings go? She wondered to herself. She used to have crazy, nearly impossible-to-resist desires for high-fat, high calorie comfort foods with every diet. They had to be resisted by main willpower. Now Jessica had no cravings; she didn't even worry much about food or her body like before. Her life and other interests took first place once again. Meanwhile, her body shrank itself effortlessly. She smiled and made secret plans to surprise her husband this weekend.

Master Hypnotist Professor Jay Tee has been involved with hypnosis for over 20 years, and has been providing powerful, online hypnosis therapy since 2006. He has just released five titles in his new Master Quality Audio Hypnosis series, of which “Trim Your Body” and the “Joy of Flying” are the newest.

They can be purchased as mp3 or CD from http://www.superunconscious.com/p/downloadable-products.html.
Make powerful improvements to your life without embarrassment, privacy worries, or spending lots of money!
- April 30, 2017
Email ThisBlogThis!Share to TwitterShare to FacebookShare to Pinterest
Newer Post Home